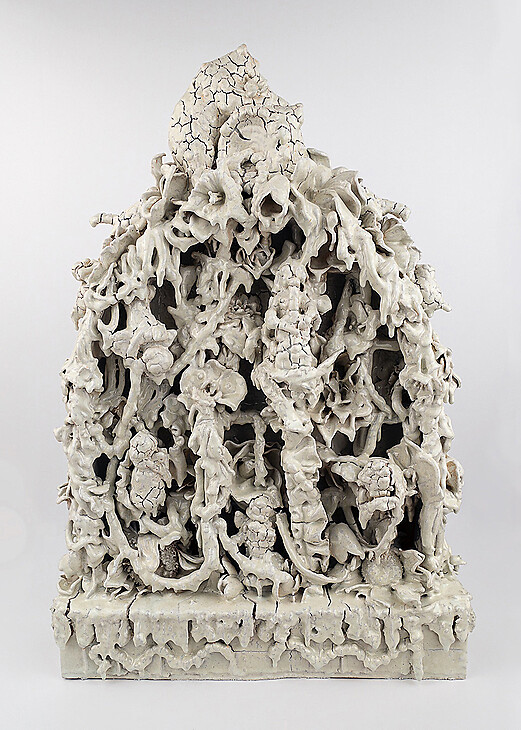 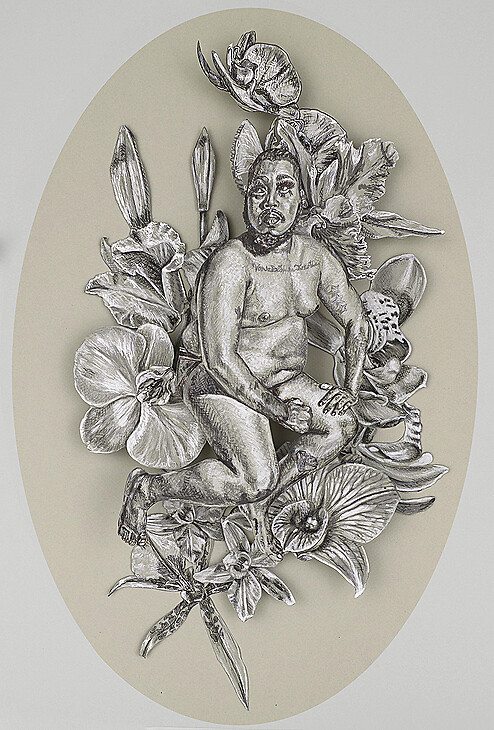 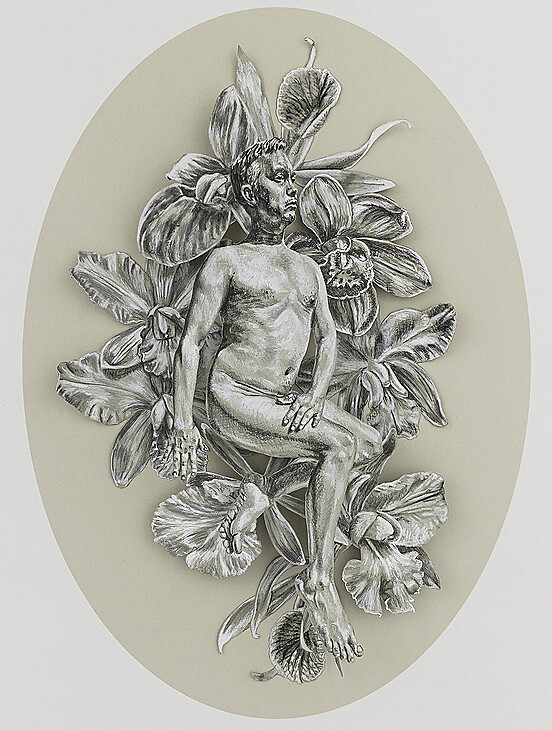 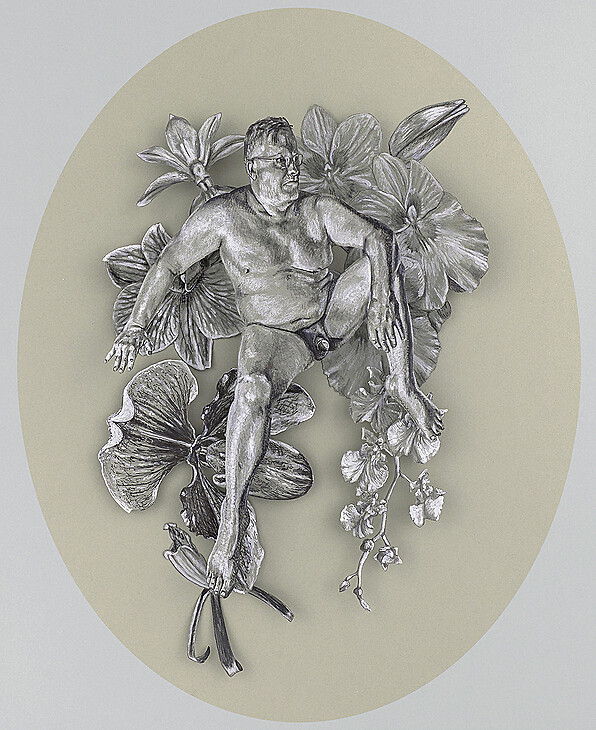 Anthony Sonnenberg’s luscious ceramic sculptures set a stage calling the spectator to ekstasis (to be or to stand outside one’s self.) The elaborate hand-built ceramic sculptures echo the decadent elaborations of Baroque and Rococo fioriture. Initially reminiscent of past civilizations’ aesthetic efflorescence, upon closer inspection, the viewer can vaguely identify familiar modern tchotchkes built into the structure.

A multi-media artist, Anthony Sonnenberg often works with the Greek mythology of Silenus, the tutor and companion to the wine god, Dionysus. Believed to derive wisdom from over-indulgence in alcohol, Silenus’ became a key player in the story of King Midas, the ultimate cautionary tale to those over-consumed with passion for material wealth. Casting himself in the role of Silenus, Sonnenberg deftly explores the King Midas story, as well as later interpretations by Nietzsche, for whom art enables transcending the pessimistic ‘Wisdom of Silenus’.

Beautiful memento mori, the platinum lusters and thick glazes appear to be melting, revealing the duality underneath, and a darker side of desire: asking, “if yielding to desire hastens our own demise, can the cost ever be worth the reward?”