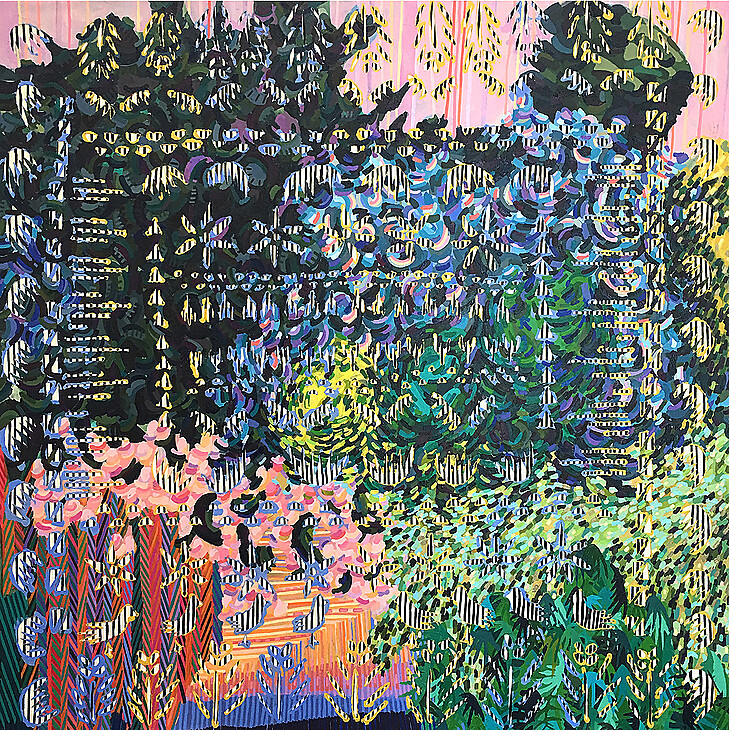 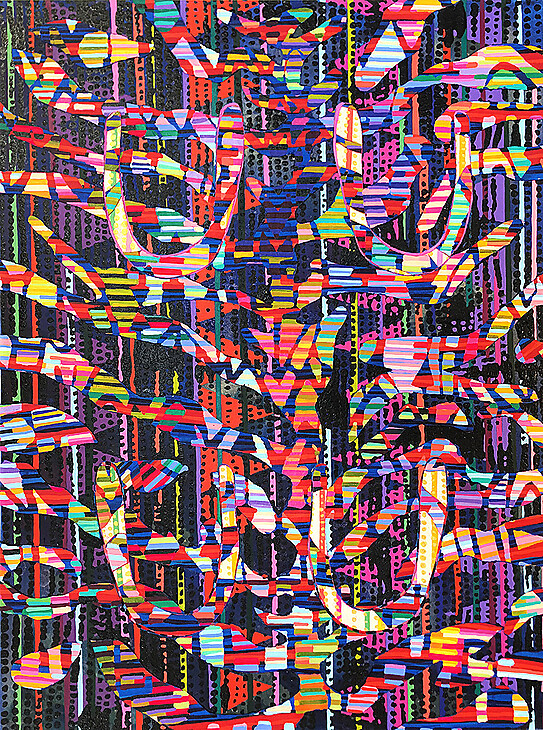 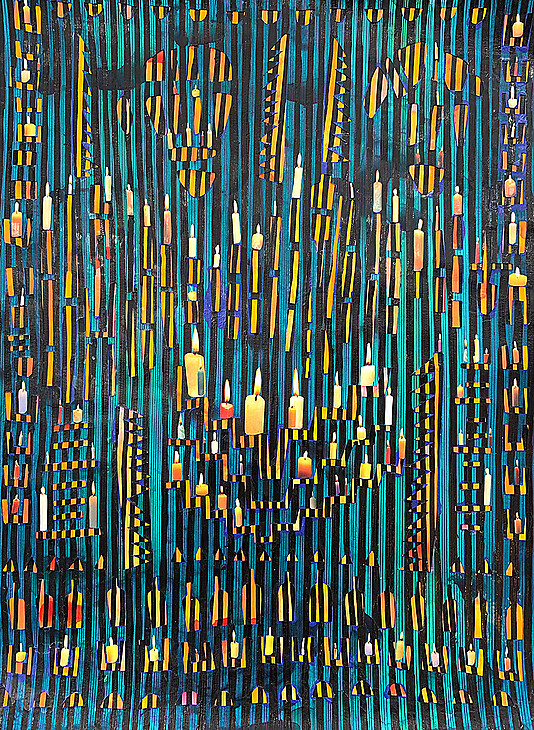 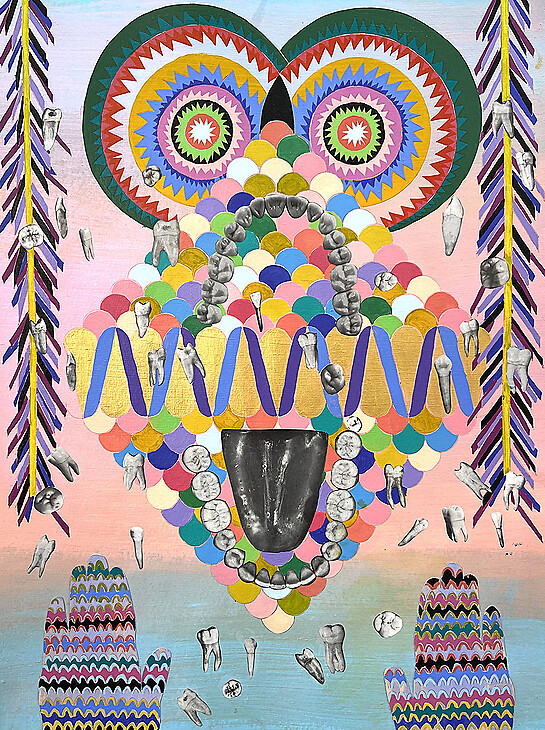 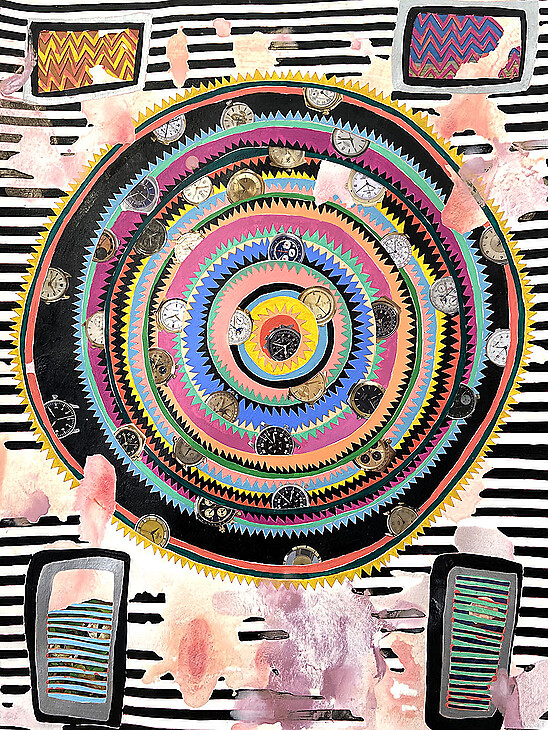 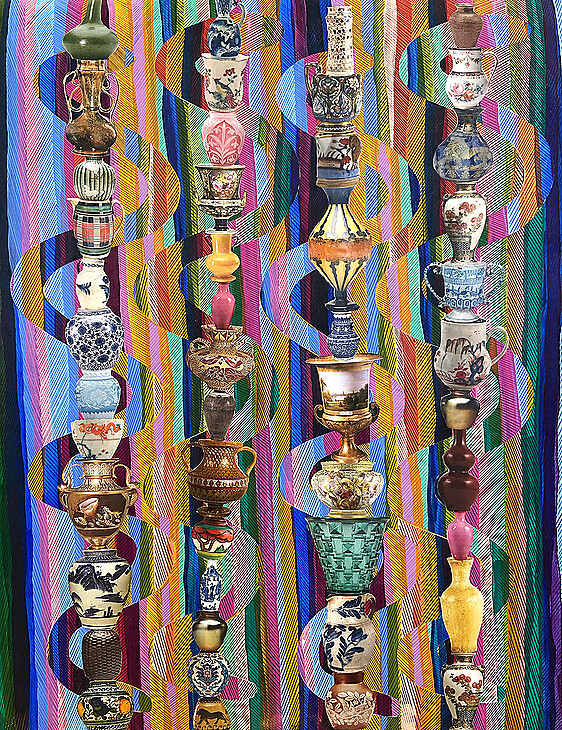 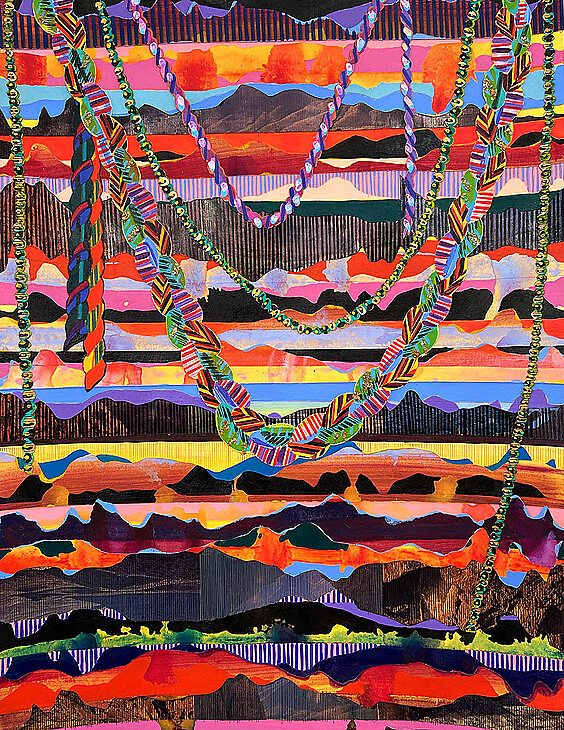 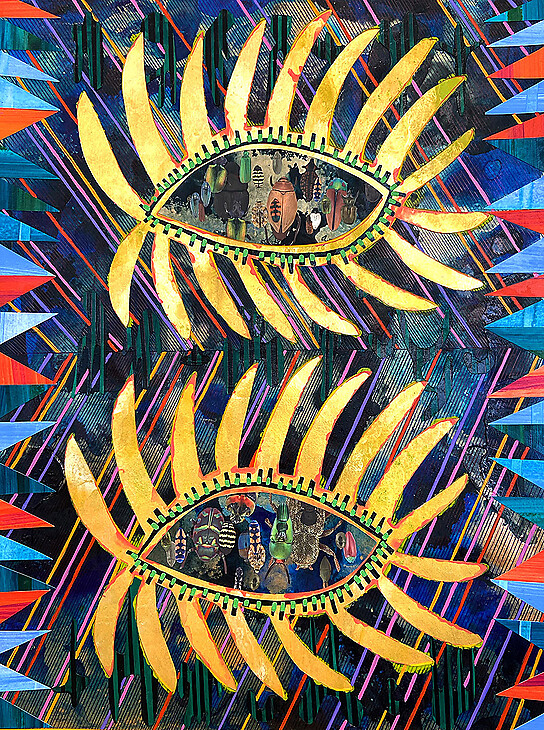 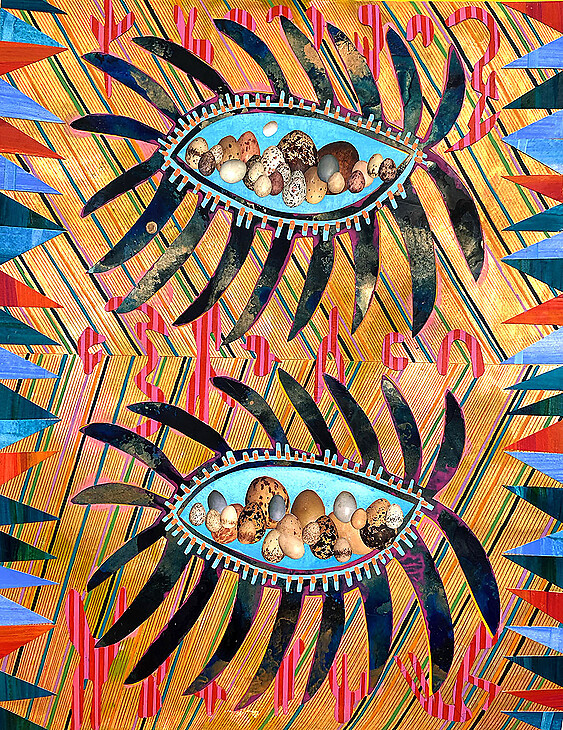 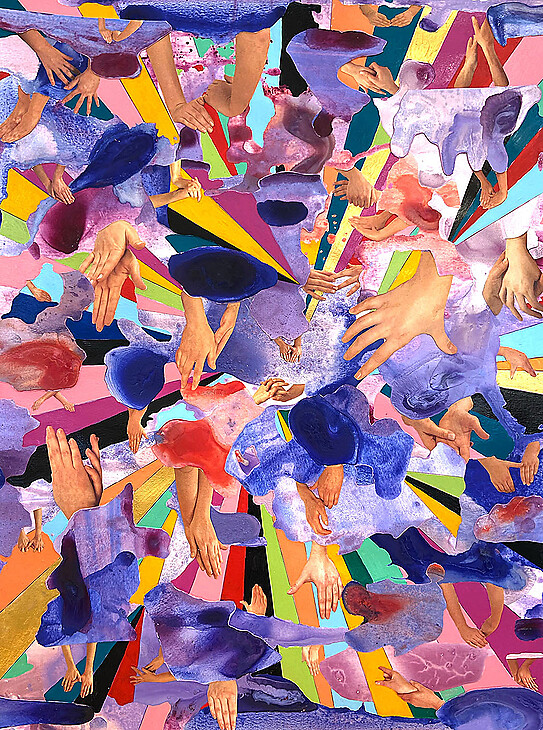 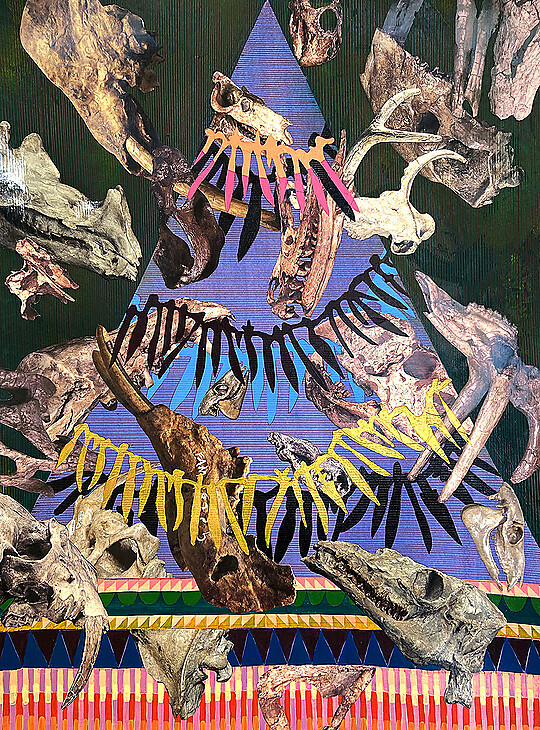 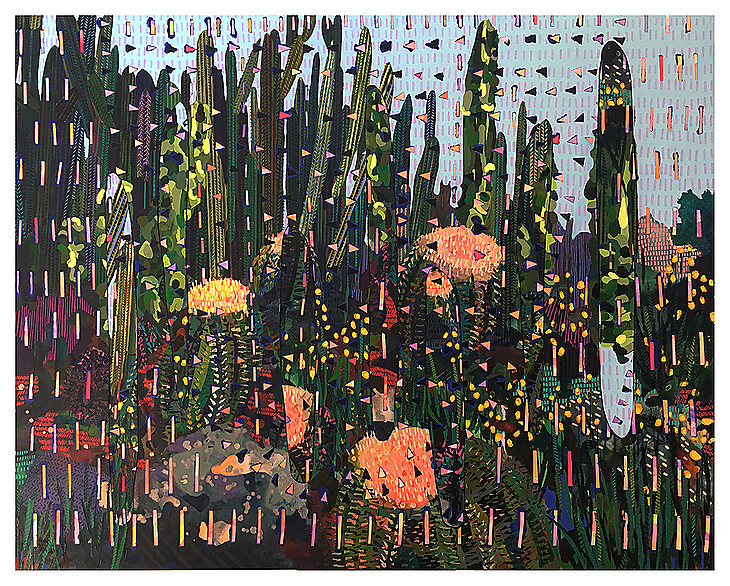 Austin-based Erin Curtis plays in patterns. As she says of her cut-canvas works, "The paintings are intensely handmade and united in their dense weavings of color that work to suffocate a space that is continually built up, broken down, stopped and reversed." These pieces almost defy perception and classification; her paintings use the material indicative of the medium, but are layered almost as collage. These compositions mimic the order of traditional tapestries, thick with texture and form, though Curtis is more playful and chaotic than any textile can offer. These paintings are a demonstration of work, incredibly intensive in the labor they require. Though they might seem maximal upon a quick glance, they are a struggle to bargain with harmony, to find colors and pattern that will please the eye.

Erin Curtis is an artist living and working in Austin, Texas. Her recent work is interested in geometric abstraction and its intersection with representations of nature, ornamentation and their historical roots in weaving, architecture and ritual. Curtis’s work explores utopic ideals of beauty and structure, meeting with process and the chaos of chance. Primarily working as a painter, she also creates, large-scale site-specific installations and public art projects. She has received grants from the Dallas Museum of Art, the Andy Warhol Foundation, the City of Austin and the District of Columbia. Recently, Curtis had solo shows at the Galveston Arts Center (2019), CalPoly San Luis Obispo University, California (2016), Big Medium Gallery in Austin, Texas (2015) and at Flashpoint Gallery (2015) in Washington, DC. She has created commissioned works for the Chicago Transit Authority, Moody Center for the Arts, Rice University, City of Washington DC, Art in Embassies and The City of Austin. Curtis has attended the Skowhegan School of Painting and Sculpture in 2010 and been awarded fully funded residencies at Anderson Ranch (2012) and Vermont Studio Center (2014). In 2008-2009, Curtis was a Fulbright Scholar in Jaipur, Rajasthan. Curtis graduated from Williams College with a BA in Liberal Arts in 1999 and received her MFA from the University of Texas at Austin in 2007.